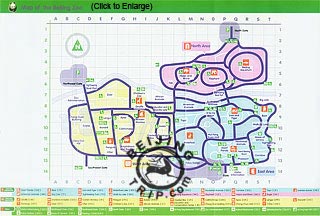 Beijing Zoo is on Xizhimenwai Street (Xizhimenwai Dajie), in the downtown Beijing area of Xicheng District. With an area of 90 hectares (222 acres), it ranks the largest zoo in China. It is also the earliest Chinese zoo open to the public and has the largest variety of animals of all the zoos in China. The zoo has fostered a good relationship with other zoos in over fifty countries and districts. Animals that are presented to China by other countries and celebrities are bred and can be seen here.


The zoo now has around 600 different species of animal, with the total number of all animals amounting to over 5,000. There are dedicated houses for pandas, hippos, rhinoceros, giraffes, elephants, amphibians, reptiles, golden monkeys, orangutans, otters and other animals. In the two-storey house for amphibians and reptiles, visitors may see Yangtze alligators, crocodiles, tortoises, turtles, snakes and pythons. The magnificent and attractive Beijing Aquarium situated at the north end of the zoo is the biggest inland one in Asia, allowing people to explore the spectacle of the sea world.


There are also man-made hills for monkeys, bears, lions, tigers and special zones for beasts, pheasants, and deer, and Australian and African animals. Living at Bear Hill in the northeast corner of the zoo are white bears and black bears. A landmark building of the zoo, the Liger Hill, is inhabited by African lions, Bengal tigers, Siberian tigers, jaguars, and panthers. Behind the Liger Hill, Amur leopards, clouded leopards, snow leopards and lynxes show their inherent savagery. The Pheasant Center near the south gate to the zoo displays winged wildlife, such as cobalt-winged parakeets, bustards and condors.


The zoo has a history of over 100 years, and a few historical sites can be found, some of which are used as display halls. The Changguan Hall, built as Xanadu in 1908, is a two-storey building in the European style, yet it isn't open to the public. In addition to the animals, visitors can also appreciate the peonies in a peony garden.