Beijing is a city with more than 3,000 years of recorded history and a centuries-old glorious evolution. Evidence of human ancestry dating back to 700,000 years ago has been found in such places as Zhoukoudian in the southwest part of Beijing, where the remains known as 'Peking Man' were found.


While the city's origins can be traced back to over 2,000 years ago, its true significance came about in the early years of the Western Zhou Dynasty (11th century BC-771 BC). During this time the emperor gave the feudal lords under his rule plots of land. One of these plots of land (or feod), called 'Ji City', was the capital of the kingdom 'Ji' at that time. This city was the earliest in Beijing history. By the time of the Eastern Zhou Period (476 BC-221 BC), the kingdom Ji no longer existed, being replaced by the kingdom 'Yan'. However, Ji was still the capital city at that time.


From the time the Emperor Qin Shi Huang unified China in the year 221 BC, Beijing became a strategic place and local kaiserdom center in the northern part of China. From the year 581 to 618 (Sui Dynasty), Beijing was called 'Zhuo' and had a population of 130,000 people. From 618 to 907 (Tang Dynasty), Beijing was called 'You'. During these two dynasties, it was not only a strategic military place but also the major trade center.


In the year 938 of Liao Dynasty (916-1125), the city became the alternate capital of the kingdom of 'Liao' which was founded by the minority ethnic group Qidan who lived in the northeast of China. Because Beijing of that time was located in the south part of their kingdom, it was renamed 'Nanjing' (in Chinese, 'Nan' means 'in the south place').


In 1115, the Nvzhen ethnic nationality perished the Northern Song Dynasty (960-1127) to set up the Jin Dynasty (265-420) and founded its capital Beijing, which was called Zhongdu of Jin. The golden Imperial Palace, an extremely grand luxurious construction, was established in Zhongdu at that time. This was the first time in Beijing history that the city became a truly significant capital. The world-famous Marco Polo Bridge (Lugou Bridge) was built at that time during the Jin Dynasty.


In 1267 Kublai Khan, the leader of the Mongolian ethnic minority, gave an order to construct a new city in the northeast suburbs of Zhongdu. Four years later, Kublai Khan, ascending the emperor's throne in the new city, under construction at that time, established the Yuan Dynasty (1271-1368). The building of the city was finished in 1276 and became the capital of the Yuan Dynasty. The Italian traveler Marco Polo wrote in his travel notes that he considered it to be the 'incommensurable city even in the world'. 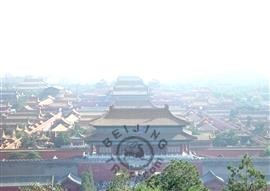 The current name 'Beijing' comes from more than 500 years ago during the Ming Dynasty (1368-1644). In 1403, Zhu Di captured the throne. After that, he moved the former capital to Beiping and then changed its name to Beijing. In 1406, the Ming Dynasty reconstructed Beijing city. The original imperial palace built during the Yuan Dynasty had been burned down during the time when Zhu Yuanzhang overthrew the Yuan Dynasty. The imperial palace reconstructed in the Ming Dynasty is the Forbidden City at present in Beijing. The construction, design, structure and other aspects of this building epitomize the excellent quality of Chinese architecture in ancient times.


After the Qing Dynasty (1644-1911) immediately seized hold of Beijing, the city was called 'Shuntian Prefectural Capital'. During this period, the botanical garden was constructed. The Summer Palace, Old Summer Palace and many other botanical gardens were built at that time. The Summer Palace, that has the beautiful views of rivers and lakes characteristic of small towns of northern China, has retained its appearance. On October 10, 1911, the Bourgeois Democracy Revolution erupted in China, and in next year's February, the emperor of Qing Dynasty was forced to announce his abdication thus ended the last Chinese feudal dynasty and the history of Beijing as the imperial capital was over.


As the important gateway of China, Beijing was military land and the scene of many battles in Chinese history. The chaos caused by war was continuous and the sovereignty of the city was changed many times, making Beijing a city which has undergone much balefulness and adversity.


On October 1, 1949, the People's Republic of China was established and Beijing once again became the newborn capital of China. The history of the old city had turned a new page. A city's history is the history of a country. As the imperial capital city of several generations and today's capital of China, Beijing is the miniature of Chinese history and present actuality. Beijing is an archaic city with 3,000 years' brilliant civilization but simultaneously is also a city that glows with beauty and youth. Now Beijing is appearing in the world in its grand, lovely, fresh and modernized guise, and changing with each passing day.