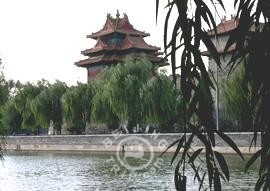 Beijing is located in East Asia, so the climate has obvious regional differences. The climate in Beijing belongs to the warm temperate zone, half moist continental monsoon climate, featuring four distinct seasons: arid multi-windy spring, hot and multi- rain summer, sunny and fresh autumn and the cold and dry winter. The annual precipitation is about 644 millimeters and the annual average temperature is approximately 10~12 oC(50~53.6oF). Spring and autumn are short (respectively lasting for two months and 6 weeks, but summer and winter last longer, respectively being about three months and more than five months.


In winter, the cold northeasterly wind seldom penetrates the mountains in the north of the city, and without the associated wind-chill, temperatures are higher than expected. Hence, the winter in Beijing is warmer than other areas of similar latitude.


There is little rainfall and many sandstorms in spring. Once spring arrives, the temperature increases rapidly and the air humidity is reduced, so the weather will be drier and the land will become more arid, consequently the sandy soil can be easily blown away.


When entering the summer, it will become much hotter in the city. The daytime temperature generally is about 34 oC(93.2 oF), and there will be many rainstorms. The total sum of the precipitation in summer may be 70% of the rainfall in the whole year.


So, autumn is the best season of the year in Beijing. Only the autumn has pleasant weather with clear sky and the best air quality, which thereat is called the 'golden season'. Also, autumn is the best traveling time of the whole year to Beijing, specifically in September and October. In addition, May is another good choice.